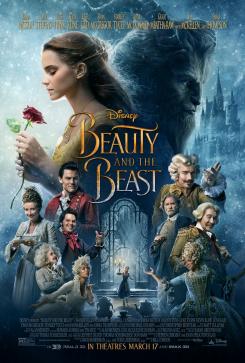 If you are fangirling for the new live-action Beauty and the Beast movie as hard as we are, you NEED to read these re-tellings. Like now.

A modern retelling of "Beauty and the Beast" from the point of view of the Beast, a vain Manhattan private school student who is turned into a monster and must find true love before he can return to his human form.

The Beast Within: a Tale of Beauty's Prince by Serena Valentino | Jh VAL

A cursed prince sits alone in a secluded castle. Few have seen him, but those who claim they have say his hair is wild and nails are sharp--like a beast's! But how did this prince, once jovial and beloved by the people, come to be a reclusive and bitter monster? And is it possible that he can ever find true love and break the curse that has been placed upon him? | An adaptation of the original Disney animated classic

A young woman, well educated and honourable, accepts responsibility for her father's act and leaves her family to enter the enchanted world of castle and Beast. The Beast she finds is not the one she imagined, but can she stay with him? A gifted storyteller embellishes the classic tale, developing a new and very real world of her own in a love story that has all the wonder and magic of the fairy tale.

A Court of Thorns and Roses by Sarah J. Mass | TN MAS

Dragged to a treacherous magical land she only knows about from stories, Feyre discovers that her captor is not an animal, but Tamlin, a High Lord of the faeries. As her feelings toward him transform from hostility to a firey passion, the threats against the faerie lands grow. Feyre must fight to break an ancient curse, or she will lose Tamlin forever.

Betrothed to the demon who rules her country and trained all her life to kill him, seventeen-year-old Nyx Triskelion must now fulfill her destiny and move to the castle to be his wife.

When an enormous white bear shows up one cold autumn evening and asks teenage Rose to come away with it, she readily agrees. Rose travels on the bear's broad back to a distant and empty castle, where she is nightly joined by a mysterious stranger. In discovering his identity, she loses her heart and realizes her journey has only just begun.

Beauty knows the Beast’s forest in her bones—and in her blood. Though she grew up with the city’s highest aristocrats, far from her father’s old lodge, she knows that the forest holds secrets and that her father is the only hunter who’s ever come close to discovering them. So when her father loses his fortune and moves Yeva and her sisters back to the outskirts of town, Yeva is secretly relieved. Yeva’s father’s misfortune may have cost him his mind, and when he goes missing in the woods, Yeva sets her sights on one prey: the creature he’d been obsessively tracking just before his disappearance. Deaf to her sisters’ protests, Yeva hunts this strange Beast back into his own territory—a cursed valley, a ruined castle, and a world of creatures that Yeva’s only heard about in fairy tales. A world that can bring her ruin or salvation. Who will survive: the Beauty, or the Beast?

Lost in a Book by Jennifer Donnelly | Jh DON

Smart, bookish Belle, a captive in the Beast's castle, has become accustomed to her new home and has befriended its inhabitants. When she comes upon Nevermore, an enchanted book unlike anything else she has seen in the castle, Belle finds herself pulled into its pages and transported to a world of glamour and intrigue. The adventures Belle has always imagined, the dreams she was forced to give up when she became a prisoner, seem within reach again. The charming and mysterious characters Belle meets within the pages of Nevermore offer her glamorous conversation, a life of dazzling Parisian luxury, and even a reunion she never thought possible. Here Belle can have everything she ever wished for. But what about her friends in the Beast's castle? Can Belle trust her new companions inside the pages of Nevermore? Is Nevermore's world even real? Belle must uncover the truth about the book, before she loses herself in it forever. | An companion novel to the Disney live-action movie starring Emma Watson

Of Beast and Beauty by Stacy Jay | TN JAY

When nineteen-year-old Gem of the Desert People, called Monstrous by the Smooth Skins, becomes the prisoner of the seventeen-year-old Smooth Skin queen, Isra, age-old prejudices begins to fall aside as the two begin to understand each other.

*Yes, that was the cheesiest line I've ever written. And?