Our Take On: "Hidden Figures" 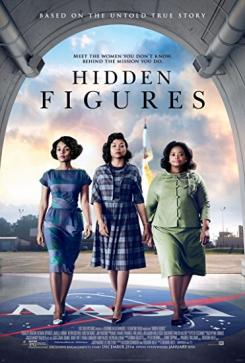 For JBF members, our 2018 films could not have started on a higher note. January’s feature: Hidden Figures is one of the group’s all-time favorite movies!

We appreciated its spot-on blend of historical fact, realistic portrayals of the women involved, and the overall feeling of hope they inspire. It gave us an opportunity to reminisce about the space race, and the well-spring of the coming Civil Rights movement. We thought it was long overdue that this period finally focused on the accomplishments of black women in this era.

One member really liked the way situations were played out for their humor as well as making points about the unfairness of some things. Katherine (Taraji P. Henson) got a lot of empathetic laughs for all the times she had to race across the whole NASA complex, just to use the “Colored” bathroom. And in our discussion after the film, we felt it was a laugh so you don’t cry situation. We loved the way Kevin Costner’s character demolished the sign – and what it stood for – as a message that all his team were going to be treated the same.

We admired the way that Olivia Spencer’s character, Dorothy, always had an eye on the future – not only for herself, but for all the “girls” in the colored “computer” group. Her foresight paved the way for all of them to keep jobs by switching to the IBM machine support. Someone also mentioned that she took the higher road than Kirstin Dunst in being open to training the white “computers” as well. We thought the film did a lovely, subtle job of showing how small steps of progress were made as these events evolved. At one point Dunst’s character Vivian Mitchell, the supervisor over all the “computers” stops calling Dorothy by her first name, and calls her Mrs. Vaughan – acknowledging Spencer’s right to be approached on an equal level.

Members also appreciated how each person’s individual triumphs in the film (such as Mary’s successful bid to be able to go to a white night school to get her engineering degree) are a double-edged pleasure to see. It’s exhilarating to be a part of what they overcome, but it’s such a sad fact that they had to go through such barriers that only served to maintain prejudice.

We felt the film’s story of America’s early attempts to put a man in space showed how all American people came together to make this a success. Through this film we see how unity benefits everyone – which we see as a very timely message.