The 2016 Agatha Award Nominees Has Been Updated Again: With This Year's Winners! 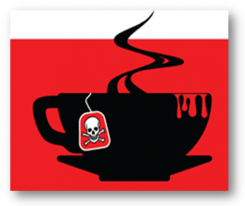 Known for honoring outstanding traditional mysteries, and others (with no excessive sex, gore or violence) the Agatha's are a highly sought honor and the nominee list is a great place to find new authors to try.

Links to our copies of the Agatha and Edgar nominated books are given under the Titles of the books; there are also links to the authors' web sites under the Author names.

These links were recently updated to include nominees whose books were on order, that  can now be reserved! The update includes Short Story links that will take you directly to the stories themselves so you can read them online!

On the Road with Del and Louise, Art Taylor (Henery Press)

The Golden Age of Murder: The Mystery of the Writers Who Invented the Modern Detective Story, Martin Edwards (HarperCollins)

Best Short Story:  *with links to the stories themselves!
“A Year Without Santa Claus?” by Barb Goffman (Alfred Hitchcock Mystery Magazine, Jan./Feb. 2015)

Upcoming Book Discussion on "The Crossing Places" by Elly Griffiths

Join us on Thursday, January 20th to discuss The Crossing Places by Elly Griffiths. We will meet virtually through Zoom and the meeting will start at 6:00 p.m. This is  to accommodate Elly who will be joining us from Brighton, England!  If you have questions or would like to attend the discussion, please email Patricia Ruocco (ruoccop@liselibrary.org) Copies may be picked up in the building or via Curbside Pick-Up. Please check our catalog for availability or to place a hold.