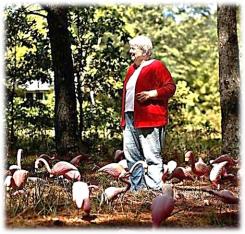 Mystery author, and MAF participant Margaret Maron passed away on Feb. 23rd. Not only was she one of the pioneers in having a female cop protagonist (Sigrid Harald, first book, One Coffee With in 1981) she was the first (& I think only) mystery writer to sweep all the major mystery awards by winning the Edgar, the Agatha, the MacAvity, and the Anthony for Best Novel all in the same year for the same book! (Bootlegger’s Daughter) Murder Among Friends read & discussed it in 2011 and spoke with Margaret the day we discussed it. She was fascinating and couldn't have been nicer.

As for other recognition, in 2001 she was the Guest of Honor at the Agatha Awards, and in 2008 she was named the Grand Master at that year’s Edgar Awards. She accepted the Lifetime Achievement award at the Raleigh Bouchercon in 2015.

She received academic recognition as well: an honorary doctorate from the University of North Carolina at Greensboro. Her other creative passions were for writing short stories and poetry.

Oh -- and the flamingos in the picture were "gifted" to Margaret for her birthday by fellow, mischevious, mystery authors.

Here are the books in Margaret Maron two series, the Sigrid Harald NYC policewoman series and the multi award-winning North Carolina judge Deborah Knott series.Click on the title to go to our copy of the book. Both series are wonderful reads!

We have a very special  Zoom set up for May: we'll be discussing A Long Call with author Anne Cleeves joining us from England!  This meeting will be at noon on Thursday, May 20th.

Backstage at The Back Room: Conversations with Mystery authors