Our Discussion of Lagoon by Nnedi Okorafor 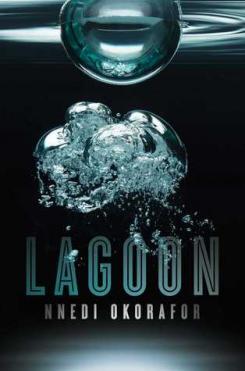 It’s up to a famous rapper, a biologist, and a rogue soldier to handle humanity’s first contact with an alien ambassador—and prevent mass extinction—in this novel that blends magical realism with high-stakes action.

After word gets out on the Internet that aliens have landed in the waters outside of the world’s fifth most populous city, chaos ensues. Soon the military, religious leaders, thieves, and crackpots are trying to control the message on YouTube and on the streets. Meanwhile, the earth’s political superpowers are considering a preemptive nuclear launch to eradicate the intruders. All that stands between 17 million anarchic residents and death is an alien ambassador, a biologist, a rapper, a soldier, and a myth that may be the size of a giant spider, or a god revealed. Goodreads

Please add any additional thoughts or comments you have about Lagoon. We gave this title the codes MAG, XEN, FEM, MYT, POL, ECO, INC, and an average rating of 3.6.